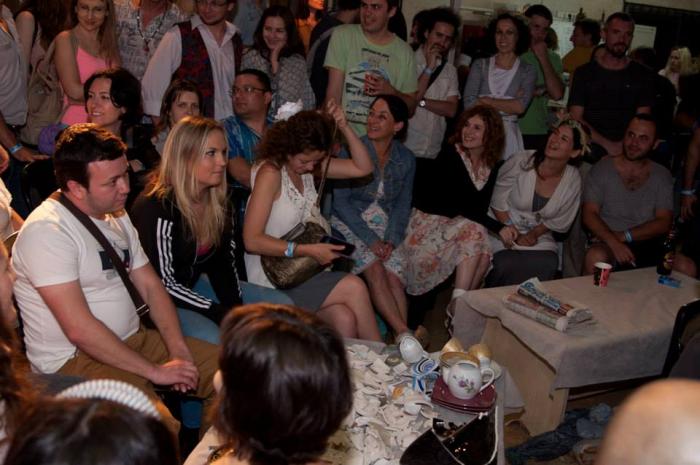 German journalist Dirk-Martin Heinzelmann arrives to Israel to make a reportage about the Temple Mount in Jerusalem, the place where according to Jewish tradition the last Jewish Temple stood before it was destroyed 2000 years ago. Since the 7Th century CE until now it's the sacred place for the Muslims with two major mosques on it. For Jewish people it means that the Temple will never be restored on the same place it used to stand until one of the mosques - Dome of the Rock - is there. Dirk-Martin meets several specialists who convinced that the Temple stood between two mosques and he decides to check this out. With the help of old English maps and the team of the speleologists he starts to explore the underground Jerusalem. Despite the threat of Islamists, warnings of the rabbis and extremely difficult conditions of the expedition journalist reaches the goal and discovers the tunnel leading to the ancient Temple sewerage system...