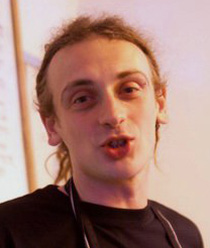 “Not my grandma’s cooking” project

Immigrated to Israel with “Naale” program at the age of 15 from Russia (Siberia), lives in Tel Aviv.

Has more than 7 years experience in non-formal Jewish education and took part in multi-cultural exchange leadership programs and training courses between the EU and Mediterranean countries, first as a participant and later as a team leader. He developed and worked in Jewish educational summer camps in Ukraine, Russian Federation and Estonia.

Furthermore, he founded and led youth projects of  social and political involvement, aimed at education and tolerance in NGO’s community organizing.